It rained most of the day Thursday and my computer drove me bonkers. So apart from getting a new Thor face mask with around-the-head instead of over-the-ears straps, having Paul make bangers & mash for St. George's Day, and finding out that the National Theatre will be streaming both versions of the production of Frankenstein in which Cumberbatch and Miller switch off playing the doctor and the monster, it was not my favorite quarantine day.

We were going to watch the streaming Twelfth Night in honor of Shakespeare's birthday but I was fighting with an upload, so instead we watched the start of the NFL draft (I could not pass a quiz on a single choice though), followed by the Belgravia we had missed -- this time I won't know whether all my predictions are right until next week. I have had requests to see more of my grand-dog, so here are photos Adam and Katherine sent the past week: 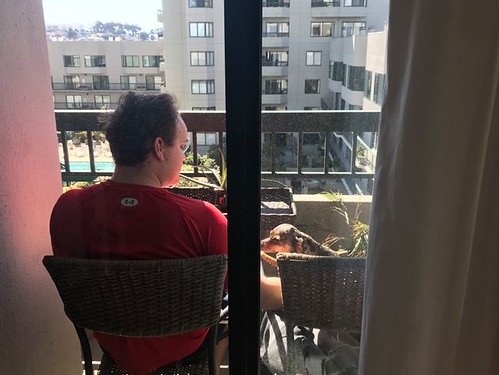