Quickie after unexpected Skype with kids, both of whom were making cookies with their girlfriends (so we have "met" the woman Daniel is seeing, and she is hopefully enough of a Star Wars fan not to think we are insane Trekkie nerds)! Plus SNL is on, and Kate McKinnon and her cat are making me laugh too hard to think. We took a walk with my parents around their neighborhood at proper social distance, and it was Pokemon Community Day for twice the usual amount of time so I caught lots of shiny Abras and evolved several Alakazams. 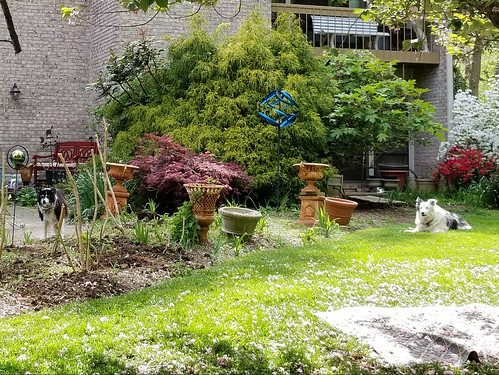 In the evening we watched Bad Education, which I'd thought from interviews was a black comedy, but is actually a drama though that did not stop me from shrieking several times, as I didn't know the details of the case it was based on so Hugh Jackman did several things I did not expect. He was wonderful, as was Allison Janney (as always, though not as evil as she is in I, Tonya), and Geraldine Viswanathan as the real hero of the film, though it's surprisingly subtle and strongly disapproving of the entire community in which the antagonists operated!
Collapse