A conversation with my sister about anniversary poetry made me think of that poem. I spent all day copying and synchronizing stuff to my new computer and setting up the old one in older son's room while waiting for the new one to finish installing stuff. It was gorgeous out, we had the windows open, and the cats were aggressive about supervising us when we were not out walking.

We watched Antiques Roadshow, then caught up on Legends of Tomorrow (hell weapons would be useful) and Supergirl (needs more Lena and Lillian, less Lex) after discovering that as of May 1st we don't get Epix so can't watch the rest of Belgravia which is not a great loss. For May the 4th, Paul made Millennium Falcon sandwiches for lunch, Boba Fettuccine for dinner, and Wookie Cookies: 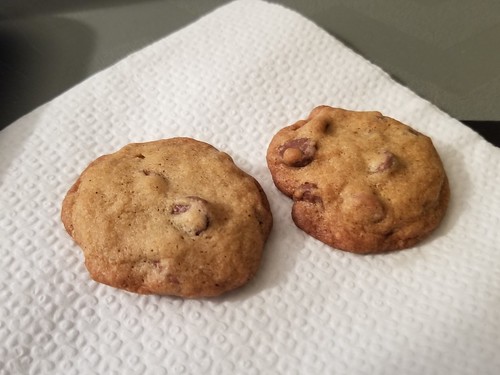