I had a reasonably nice Mother's Day considering that my kids are on the opposite coast and I couldn't have traveled to see them even if someone had offered me plane tickets. We had a quiet morning -- I took apart another photo album and started scanning the photos from it -- then, since we needed to get gas for the first time in over two months, we drove a bit further than necessary to Lake Whetstone and, since there were very few people around, we put on our masks and walked around the lake until we had found both many goslings and a whole bunch of baby turtles, plus cormorants, ducks, herons, a big snapping turtle, and (to our surprise) some kind of sandpiper.

Then we went to my parents and took a walk around their neighborhood. When we got home, my in-laws wanted to Skype for Mother's Day, so we talked to them with Maddy, whom I haven't seen on Skype in months -- she has two jobs and a boyfriend and sounds great -- then we had a rushed dinner and Skyped with Daniel, Adam, their girlfriends, and my parents. I'm not sure how I feel about the direction Run is suddenly going in (I still dislike the main characters but that was such a twist that my interest is piqued) and World on Fire is super-depressing though that is not exactly a surprise. I'll post goslings tomorrow; here are some of my Skyping visits from the past week: 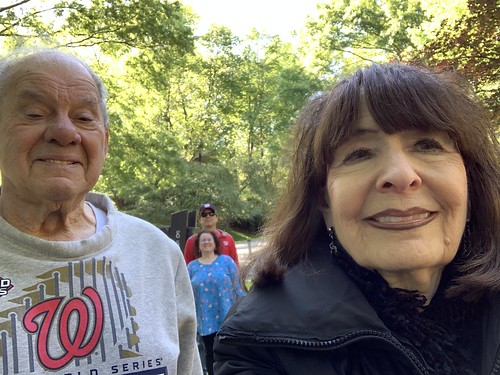