The highlight of my Thursday was an unexpected Skype call from Paul's parents, who were hoping we could connect them with other family members now that they're turning the computer on again. So we texted Noelle to see if she was around, and ended up (after some technical difficulties) Skyping with her while she and her husband Tommy played with baby Penelope, who is now caught up in size and was smiling and adorable!

We caught up on this week's Legends (a little too bad college movie for my taste) after this week's Blindspot (a little too Mass Conspiracy Craziness for my taste for the final season, though always glad to see Bill Nye) and another episode of Hollywood (a little too silly revisionist history about homophobia and racism when everyone's cool with the lead actress living unmarried with a director). From today's scans, 1992 Yellowstone! 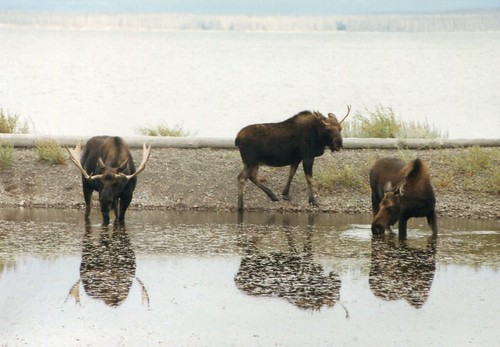