Watching Snowpiercer with Chris Evans because the TV show premieres tomorrow night and we didn't remember a lot of the details, it's quite enjoyable though pretty heavy handed as allegory and I had it in my head that Ed Harris was responsible for freezing the world in the first place! It was the opposite of freezing here, in the mid-80s, so we persuaded my parents to walk in Cabin John Park instead of around the neighborhood, and it wasn't so hot under the trees along the creek. Later we Skyped with the kids (with our cats and Adam and Katherine's dog making frequent guest appearances). A few pics: 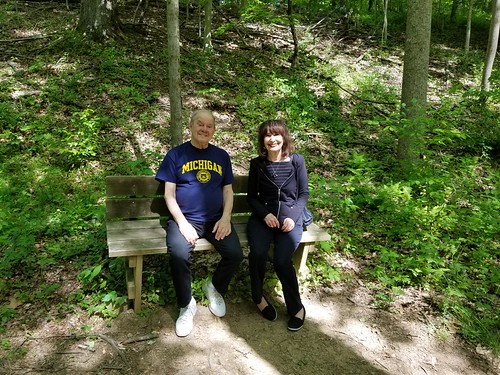