We had lovely weather on Sunday, much cooler than Saturday, breezy and mostly overcast. We woke to find that our sourdough starter was working, then had a quiet morning during which I started scanning my wedding photos -- not the official album, which is too big for the scanner, but photos by friends and proofs -- and tried to catch up on email. Paul made waffles for lunch with the separated part of the sourdough starter, then we went to Lake Whetstone again to walk because there aren't a lot of people and there are a lot of goslings, herons, cormorants, and other birds! 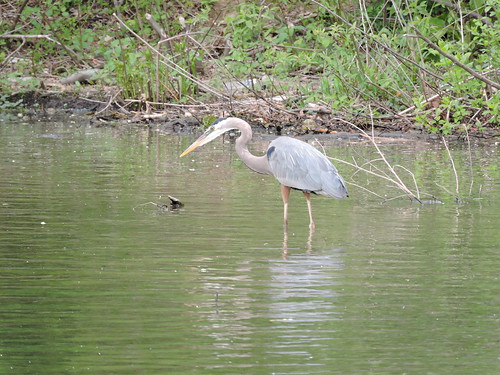 I did a Zoom chat with fannish friends for a couple of hours before dinner, after which we watched the last episode of the first season of World on Fire, which was less depressing than I expected, and the first episode of Snowpiercer, which went in a different direction from the movie and has some unexpectedly awesome aspects, particularly where Jennifer Connelly's and Daveed Diggs's characters are concerned. Now I'm watching Real Steel which was $5 to own on Vudu finally and how did I not know the kid is the same one who played young Thor?
Collapse