It felt like summer on Saturday, so after lunch and a bunch of scanning (I'm nearly finished with the last skating album), we put on our masks and went to take a walk along the C&O Canal. There were lots of cars at Carderock, but we parked at the tiny lot by Lockhouse 8 and saw few people -- more bikers than walkers (the latter mostly with dogs and wearings masks, the former riding in packs, not socially distanced, no masks and plenty of asshattery). I forgot my camera, having gotten out of the habit of taking it, so of course we saw many frogs, some turtles, even a wood duck with ducklings! 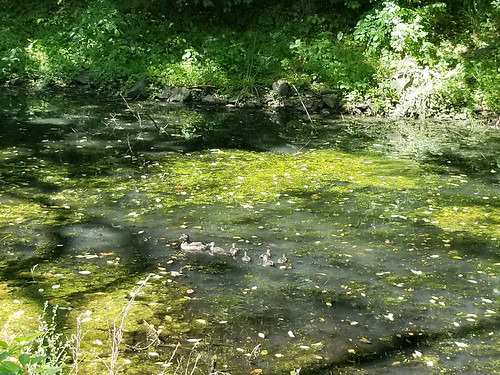 After dinner, we Skyped with our kids. During the conversation we could hear police sirens near Daniel's apartment, then a city-wide siren, and he got a text saying they were under curfew immediately. Now Adam and Katherine are as well, since he lives right near SF City Hall. The police car fires that have been on the news are very close to him. I completely support the protestors and also want justice, but really want no more innocent people to be hurt. We just watched The Goldfinch, which did not go as I predicted and in some ways was disappointing but had a reasonably satisfying ending!
Collapse