We watched Cats on Vudu (yes again, I really like it and I don't give a crap what anyone else thinks), then we remembered that Coco was on Disney+ and since we'd never seen it, we're watching that, so I shall be brief. It rained for more than half of the longest day of the year, which was all right with me because Pokemon Community Day started at 11 a.m. and since I have a Pokestop in my backyard, I could catch Weedles from my desk and the kitchen table while eating lunch and installing software for my new external DVD burner, free from Dell with Dell Rewards points.

When it cleared up, we took a walk at Cabin John Park, assuming the paths there would be drier than the local woods paths. Here are some photos of park mushrooms and animals, a solstice frog goddess, and the Swedish midsummer meal Paul made: 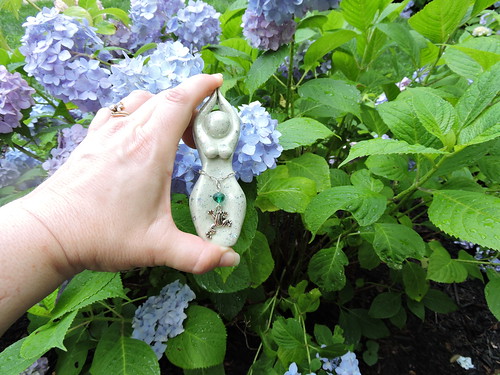