Monday was quiet except while we had thunderstorms that once again sent the younger cats racing and hiding down the basement. I borrowed three family trip photo albums from my mother on Sunday, so I scanned those and started making PDF versions of them. We took a walk between storms and saw lots of birds and small animals, but I was attacked by mosquitos so next time I'll wear eucalyptus and citronella.

After dinner, we watched Antiques Roadshow, then, courtesy a friend with a VPN, we watched the six episodes of Staged with David Tennant and Michael Sheen, which along with free theater on YouTube is the greatest entertainment joy to come out of the quarantine. I knew their wives played their wives, but was unspoiled for the actor cameos and so glad! From a trip to Idlewild amusement park in 1997: 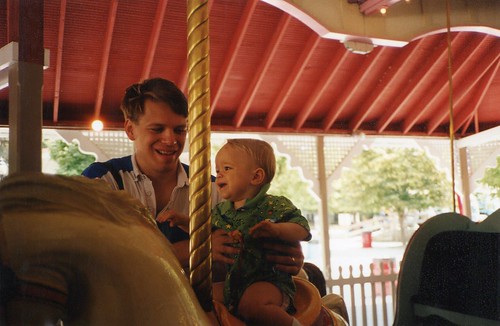