No, the laundry isn't folded, but Saturday was a holiday so I didn't feel obligated. We slept late (well, as late as the cats would permit), put aloe on our sunburns, and had a fairly quiet morning trying to catch up on correspondence, then we had lunch and went to the C&O Canal to take a walk -- it was muggy but there were lots of trees so we didn't get too much sun, and we saw many frogs, some turtles, the ducklings that are now becoming adult wood ducks, plus a nearly camouflaged baby praying mantis: 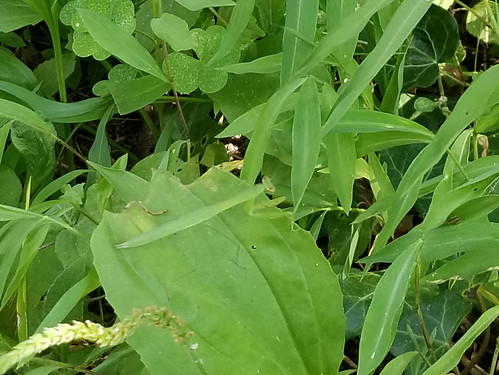 We had burgers for dinner with potato and macaroni salad (no corn, we forgot to track it down at a socially distanced farmer's market) and watched A Capitol Fourth, which mostly reflected the weirdness of this year but had Brian Stokes Mitchell doing Man of La Mancha and John Fogerty doing "Centerfield" with his kids, both of which were delightful. Then we watched Sonic the Hedgehog because older son had liked it and it was amusing, though we don't know the games well enough to get the relevant in-jokes.
Collapse