Hahaha the laundry is still not folded! I decided to treat the whole weekend as a holiday, so although I did some fun scanning (Shakespeare miscellany I collected in Stratford-on-Avon and Stratford, Ontario for the most part), I did not do any useful chores apart from the dishes (Paul made a pie with the blueberries we picked last weekend so I figured that was the least I could do). After lunch, we went to Lake Needwood, where it's easy to socially distance on the network of trails and where we saw many animals, including turtles, frogs, various waterfowl, and a skink: 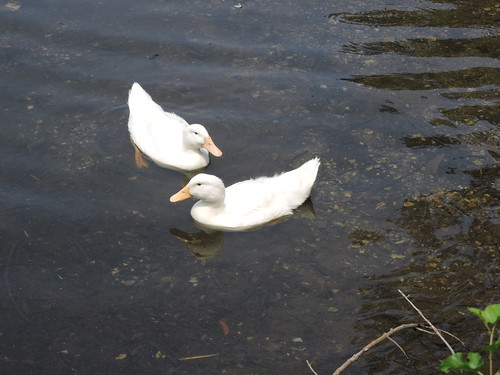 We had shawarma with awesome Greek potatoes for dinner, then we watched the Marie Antoinette episode of Lucy Worsley's Royal Myths and Secrets before Perry Mason -- my in-laws called in the middle so I got distracted but parts of it were so gory that I really didn't mind. After that, we watched this week's excellent Snowpiercer, in which I was torn between thinking Melanie would get what she deserves and rooting for her because in spite of everything I'd take her over Ruth and the Folgers in a second (and Jennifer Connelly has done a great job with her, and she and Diggs have great chemistry).
Collapse