The only excitement around here on Monday was a massive thunderstorm that bounced my internet just long enough to undo hours of work uploading and labeling photos. Otherwise my day was spent uploading and labeling said photos (the former twice, the latter to be finished tomorrow hopefully), plus laundry and a bunch of scanning (Shakespeare and Austen ephemera completed, other authors up next).

We had tacos for dinner and watched Antiques Roadshow, then some Lost Cities With Albert Lin though now I'm watching season three Merlin and have no idea why it took me so long to do a rewatch. Here is my anniversary card made by Paul, Good Omens-themed since we're sharing a 30th anniversary this year (speaking of things I need to rewatch) -- I don't believe in the "definitely not": 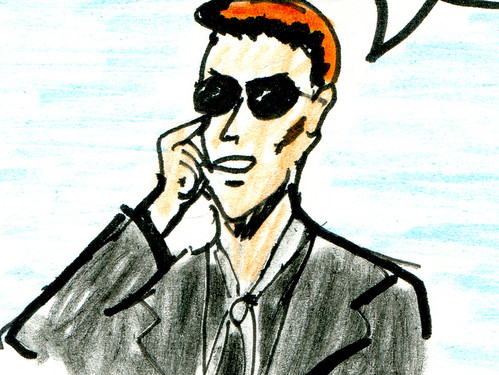