We're watching the final episode of Cursed so I'll keep this short (lots of women in interesting roles, but also an insane amount of violence that I forgive only because I love watching the Red Paladins die in the most horrible ways). It was nearly 100 degrees on Saturday, we went for a walk along the C&O Canal where it was mostly shady though still beastly hot, then we had dinner from Not Your Average Joe's down my parents' basement in the air conditioning six feet apart. Nature was in all its glory in the canal and river, happy and less so -- we saw baby ducks and many singing frogs, and we also saw a snapping turtle eating a frog and some kind of waterfowl moving very quickly away from another of its kind with a big fish in its mouth: 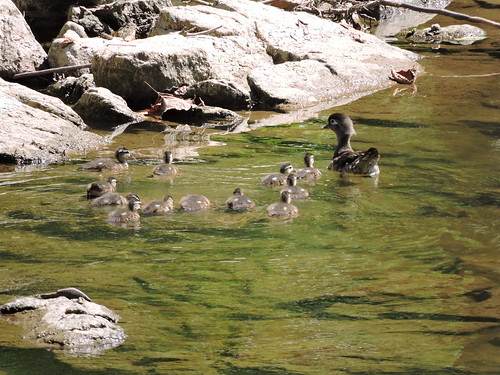