It was not a very eventful Tuesday, largely due to the ongoing heat. I swept the deck, but that was about all the outdoor time I could deal with until after 6 p.m., when we took a walk and saw many squirrels, chipmunks, even a young buck with fuzzy antlers and a deer right off the path through the neighborhood. We got a food delivery two hours early that made us come racing back in the heat, so at least I got my exercise. 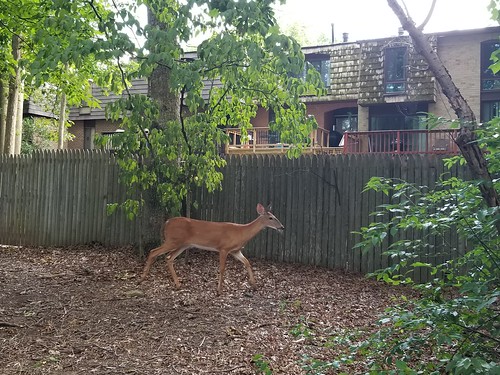 We watched this week's Stargirl, which I liked (I was afraid they were either going to keep Barbara perpetually clueless or make her a hostile obstacle for the rest of the season and I'm sick of adult women being made fools in superhero stories), then we watched a couple of episodes of Down To Earth, which is a bit superficial but pretty fun, since Efron doesn't take himself or his knowledge seriously and there's lots of travel.
Collapse