We had plans on Sunday to pick up an order from Roots Market, which carries a bunch of organic food we can't get elsewhere and doesn't deliver in our area. So we went to Meadowside, which is on the way; the nature center itself is closed but someone is obviously feeding the rehabilitated raptors and filling the feeders for the songbirds, and the nature trails are open and nearly devoid of people, since there are signs warning everyone not to go into the water because of dangerous algae blooms so there weren't people wading in Rock Creek as there are at Cabin John Park.

We had burgers for dinner and Skyped with our kids and both sets of grandparents (Adam and Katherine still trying to figure out where they want to/can live and work next year, Daniel quite happy where he is both living and working). Then we watched the season finale of Perry Mason, probably my favorite episode of the reboot since it's so talky and well-acted, though they left a couple of huge things unexplained (and apparently dropped for good). Afterwards, we tried watching Wynonna Earp, but I lasted maybe 15 minutes before the violence made me say no way, no more! 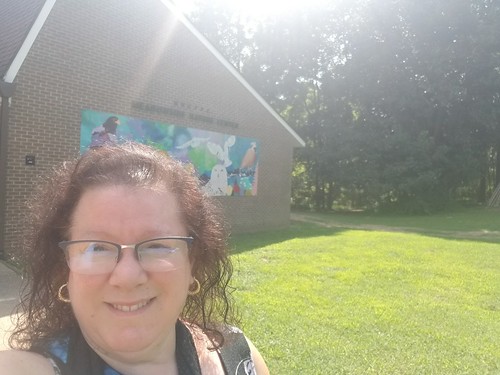