Friday morning was slow, in part because I had a cat sleeping on me so I was slow to get out of bed. So I don't have a lot to report until afternoon, when we went for a walk in Cabin John Park, where there's a new fountain at Locust Grove and a tree down right across the main path that has to be practically crawled under, though my original reason for wanting to go there was a Genesect raid and Cottonee spawning by the tennis courts. 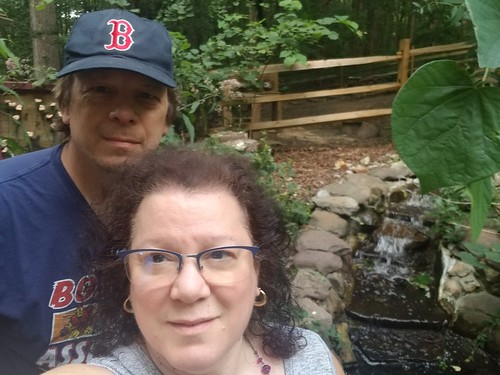 We had a freebie coupon so we got pizza for dinner, then we watched the delightfully contemporary Much Ado About Nothing, the Public Theater's Shakespeare in the Park production from 2019, broadcast on PBS. It has great acting, plenty of physical comedy, a lot of music, and a bittersweet political angle predicting this spring's protests, plus probably my favorite Beatrice and Hero on film (a couple of guys get well deserved slaps).
Collapse