My Saturday involved a walk along the C&O Canal in lovely overcast weather, with light drizzle at times but moderate temperatures so that was a fine trade-off -- both my kids are dealing with 90 degree temperatures -- where in addition to lots of summer flowers we saw several frogs, two species of duck, a snake, and lots of butterflies, though the turtles were mostly hiding since it was overcast. 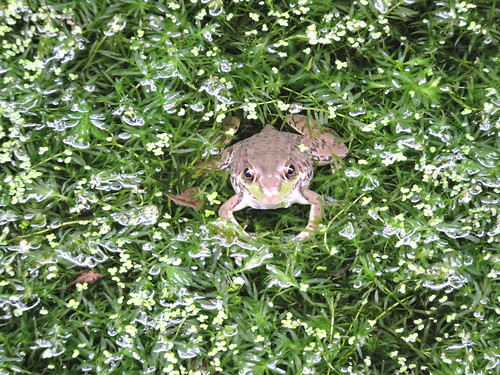 My parents invited us over for dinner and got food from the Silver Diner, so I had an Impossible Burger, and my mother made apple crisp. We were going to watch Terminator: Dark Fate but it wasn't on when we thought it was, so we watched the Nationals-Orioles game, then the Dodgers-Angels game. We're supposed to have lots of rain tomorrow so I'm not sure what we'll do; may be a quiet Sunday.
Collapse