We had some drizzle on Sunday, but it wasn't too hot and only moderately sticky. I spent the morning catching Pokemon in the Pokemon Go Fest makeup event, plus chasing down the new Unova releases (despite not living near New York, I have a Bouffalant!), then we watched some baseball, did some chores, and took a walk in Cabin John Park, where there were not a lot of people because the ground was wet and that did not bother bunnies. I came home for a Zoom chat with friends till dinner. 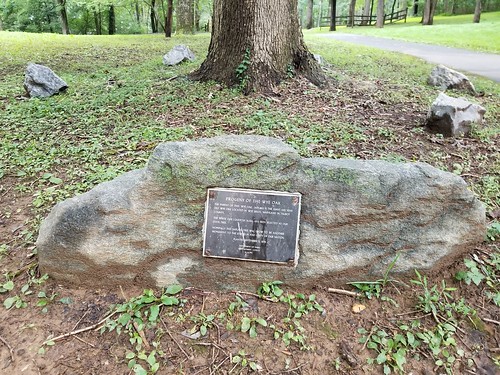 Our Sunday night shows are off for the season and I want to read more reviews of the horror elements of Lovecraft Country before I decide if I want to watch it, so we rented Summerland, which I thought was going to be an empowering movie about a World War II-era woman studying British Paganism and instead is a sometimes infuriating drama in which women keep being judged by how they relate to children, but Gemma Arterton is terrific, and wow is it stunningly filmed in gorgeous locations!
Collapse