Monday was overcast and not too hot, which was very nice. Not much that was exciting happened apart from some good speeches at the Democratic Convention and bunnies not social distancing from us when we were out walking (no rainbow today but also thankfully no downpour). We checked in on the Orioles and Nationals (the former getting our hopes up for no good reason in the end) and the first episode of Dead Pixels, which was quite funny and I hope there are more women gamers as it goes on.

Oh, and we watched the first episode of Lovecraft Country, which is excellent, and apparently I have become desensitized to violence because while I still can't watch the gratuitous rapiness of Game of Thrones or The Borgias, I am completely fine with racist cops being eaten alive by monstrous creatures. I thought I needed to be spoiled in advance for the violence, but next week I'll watch when it airs. Because of all the rain, we saw lots of mushrooms in addition to the bunnies: 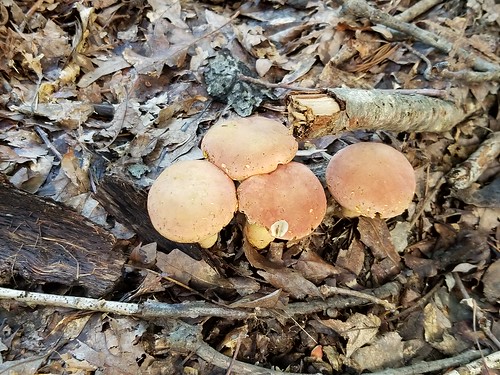