I have no idea where Friday went. I could write a list of things I intended to get done but did not, ranging from zipping and uploading some files to finishing a project to folding laundry plus a whole bunch else that doesn't seem like it should have taken too long, but I managed to keep distracting myself even though I didn't talk to my high school friends because a couple of them are away.

My evening excuse for distraction besides the National Zoo's baby panda was the 2018 film of the Broadway revival of The King and I, which remains a really hard show to watch despite some of my favorite Richard Rodgers melodies -- huge problems with the writing of people of color, especially women, and White Savior issues that distort history -- and very good performances. Some C&O Canal hibiscus: 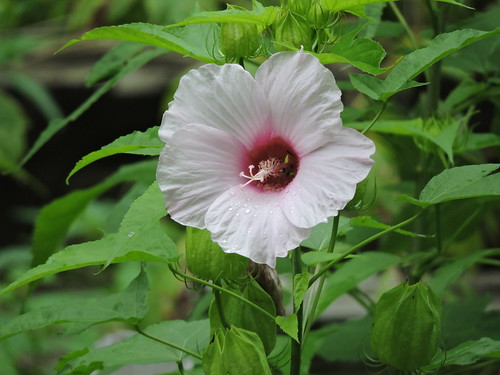