Friday was about as exciting as Thursday -- got some stuff done, took a walk, picked up the car which thankfully didn't need anything complicated done to it apart from the new tire and rotating the others, plus new brake rotors. I did a couple of Pokemon raids -- one on the way home from picking up the car, one with son's girlfriend in San Francisco with a remote raid pass -- and posted a whole bunch of photos.

Vudu has 42 on sale for $5 this weekend so we bought it, but we decided to watch Infinity War and Endgame again before that to stick with the Marvel stuff (and before The Boys, which I'm not in the mood for yet, or Mulan, which I'm undecided about). Son's girlfriend has committed to a job in Seattle, so they will be moving there, which they're happy about! Brookside turtles from last weekend: 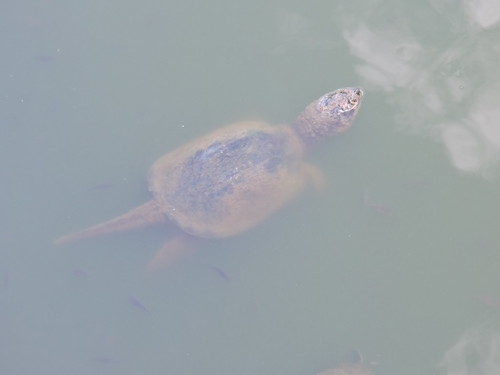