Another quickie, we're watching the second episode of Away which my father said he thought we'd like and he was right -- I don't really believe the crew would have been allowed to launch with the various issues among them, but accepting that as a given for series drama, I like the actors and the dynamics among the crew. Before this, we watched Lovecraft Country, which was a bit Indiana Jones this week but still interesting.

I had a lovely busy day for a change: did chores in the morning, then we met Alice, Jeremy, and Avery at Brookside Gardens and saw lots of flowers, frogs, turtles, butterflies, and not a huge number of people, then I talked to fannish friends on Zoom for a couple of hours, then dinner with my parents delivered from CPK. Here are just a few photos from the park because I'm behind on photos this weekend, will catch up next week! 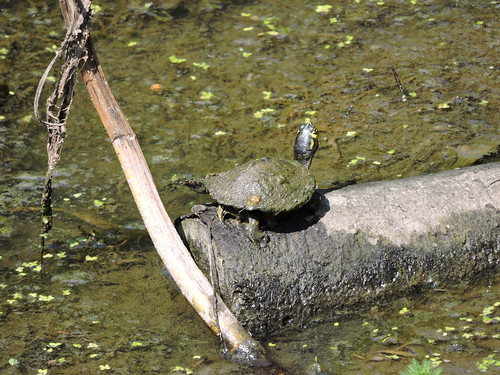