I have had my most social weekend since February, though it was all socially distanced and masked except when eating. On Sunday, Adam's longtime friend Daniel W dropped by to say hello in the morning, since he's in town visiting his parents; we went for a walk at Cabin John Park, which was not crowded but had some locals hanging around; and we had dinner with Kay and Chris and their family, pizza and Halloween candy outside her house on distanced sling chairs, which was a delight since I've seen her nearly weekly on Zoom but not in person for months! When we got home, we watched a couple of episodes of Away, which gets better as it goes -- I'm really enjoying it. I still haven't uploaded most of my photos from this weekend, but here are a few from the park today, where we saw many deer! 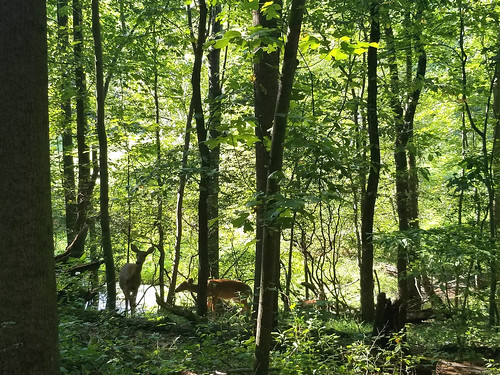