Sunday had beautiful weather -- a warmer and a little sticker than Saturday, but still a great day to be out walking, so after lunch we went to the canal, which had a lot of bikers for a fundraiser event we hadn't known about -- almost none of them wore masks and they rode side by side taking up the whole path in places -- but once they were past, it wasn't crowded and although the frogs were hiding, we saw herons, a snake, a skink, and many, many turtles:

I came home to chat with fannish friends, then we had dinner and watched this week's Lovecraft Country, which had a scene far more horrifying than the one that made me stop watching Outlander. I get the visceral hatred and demolition of white female bodies; the rape of a white man with a high heel until there's blood everywhere is something else entirely, and the suggestion that everyone would be a rapist if they could undercuts the progressive message. 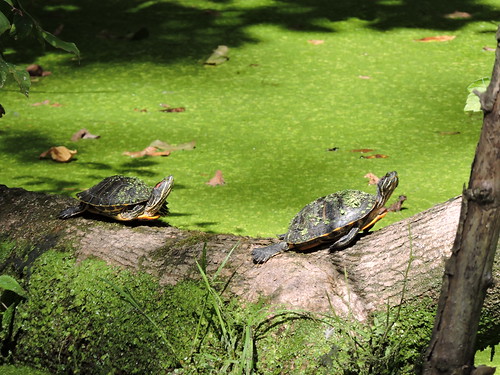