I have nothing exciting on Thursday apart from fighting with Facebook's sucky new interface. I have a bunch of photos uploaded but I can't make them public or move them into the right albums. Either it will eventually get fixed, or people have seen all the old photos I can manage to post! After some necessary work, I went back to my neglected scanning project on old papers and found elementary school stuff in a folder with college essays!

We caught up on The 100's penultimate episode (wondering how bad the death count will be but it's time, next week) and on the season finale of Dead Pixels (it's a ripoff that Usman's wife and her coworker weren't having sex in the kitchen while Usman was trying to defeat the Hive Mother). Now I'm watching A Simple Favor because I was in the mood for it. From Mount Vernon on the grounds around the Colonial Fair: 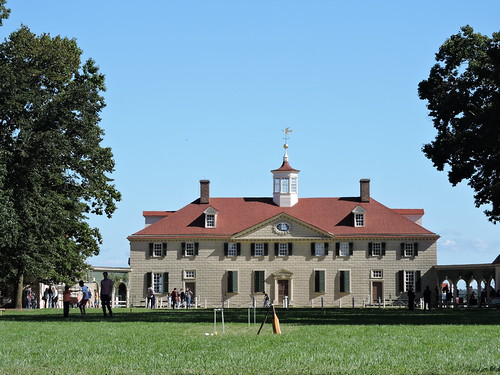