Friday was overcast for much of the day and then it rained, so I didn't go anywhere exciting. I decided to upload the rest of our 2016 Seattle trip pictures since I'd started before Facebook pulled the bait-and-switch on me, and because I had to individually change the dates and locations on every single photo, that took pretty much the entire afternoon.

We watched the musical Fame since Andrew Lloyd Webber put it on his YouTube channel, and it was all right, but mostly it made me nostalgic for the movie, which it braver about both growing up gay and hanging tough to be an actress (I feel like the musical was written for high school students to perform) so I'm watching that now. Balloon launch at the Colonial Fair: 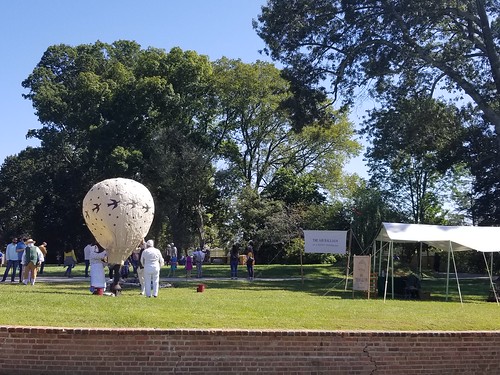