My excitement for Tuesday was picking up my new glasses, which are exactly like my old glasses except a bit stronger for near vision. (I was next door to Goldberg's and thought about going in to get one of their excellent rye bagels but I could see through the window that they were already out of them.) Otherwise, I enjoyed the lovely weather, watched some of the baseball postseason while doing chores, and took a walk in the afternoon while the temperature was dropping ahead of the rain.

My Voyager friends and I watched the second half of "Caretaker" before the debate, which I could only handle for a few minutes. I told Paul that we could watch sports, and because the Yankees were up like 57 runs, we wound up watching more Schitt's Creek. We have a president summoning white supremacists from a debate podium while a Fox News moderator doesn't even call him out -- even Rick Santorum thinks he's a disaster. Ugh. Look, Maryland Zoo penguins! 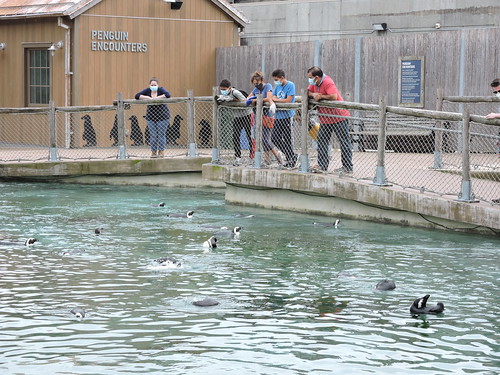