We have had a glorious day at the beach -- first literally at the beach, where we briefly saw a dolphin fin but mostly saw seagulls, sandpipers and a few crabs while walking and wading, then going out for Kohr Bros. after sandwiches at the motel, going to the beach again to wade, make a sand sea turtle and see many dolphins, coming inside to change and accidentally watching the Preakness Stakes (I do not approve but I am glad the filly won, you go girl).

We drove into Ocean City to pick up dinner from the Thai restaurant where we had vegan food with Adam two years ago, eating awesome cashew pineapple tofu as well as spicy yellow curry, plus the fudge from Candy Kitchen. Then we went for a walk under the moon and Mars on the beach, where my sand sea turtle had survived, and now we're watching SNL and since I am five, the Name Change Office skit is making me howl. Home tomorrow night, bah! 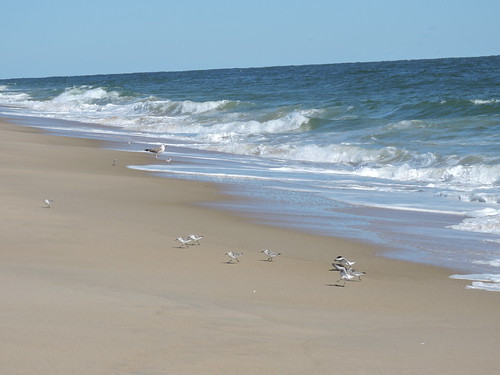