We knew all day Saturday that what was left of Hurricane Delta was heading in our direction to dump rain and make our weekend soggy, so we did lots of outdoor stuff while it was cool and overcast. There are still lots of late summer flowers around the neighborhood, and we went to the canal to see if there were still frogs, which were plentiful, as were the turtles and a few ducks and geese. 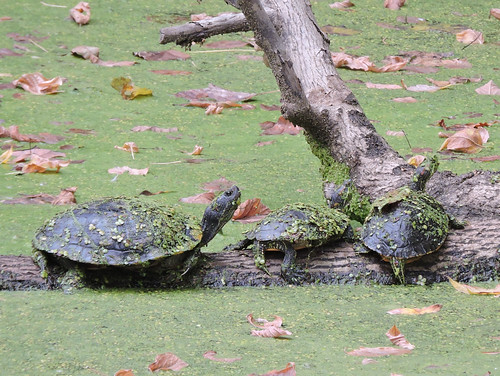 Pokemon Go was having a Meowth event, so I caught a whole bunch of those and did a raid with neighbors. We had apple bratwurst for dinner, after which we watched some college football (not my choice) and a whole bunch of Schitt's Creek, which I like better and better the more I watch, and I liked it a lot to begin with. Tomorrow we're definitely getting the rain, so we may drive around visiting farms.
Collapse