Sunday's weather was as gorgeous as Saturday's, not too warm and clear, so after lunch we went to Homestead Farm to pick pumpkins. It was more crowded than when we were there a few weeks ago during apple season, but it's always easy to socially distance in a pumpkin patch (no hayrides this year, everyone walked), and though they didn't have most of the harvest festival set up, there were still some alpacas, pigs, and goats with a kid, plus the outdoor vegetable stands. The pumpkin crop was much better than the apple crop! 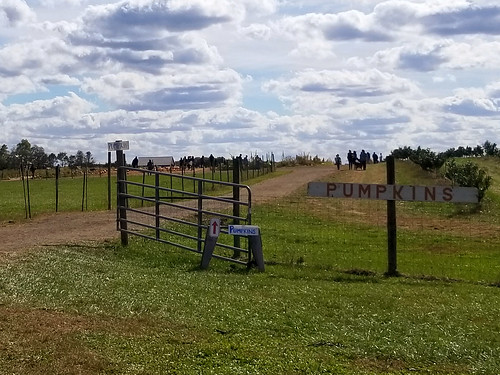 I chatted on Zoom with fannish friends when we got home. Younger son and his girlfriend were visiting older son and his girlfriend in Seattle this afternoon before they went shopping for things for their new home, so we Skyped with all of them and my parents briefly, then had dinner with my parents who had Greek food delivered. I saw very little of the Ravens game, but at least they won. The Dodgers were losing when we got home from dinner, so we put on Schitt's Creek instead since my teams do better when I don't watch, and they won!
Collapse