It really felt like fall on Friday -- chilly, overcast most of the day, leaves falling everywhere. I took a longer walk than I expected around a local shopping center because Paul went to get his flu shot (I got mine a couple of weeks ago) and they were running late for appointments, then we took another walk around the neighborhood to see the Halloween decorations since we'll probably be busy tomorrow afternoon setting up for socially distanced trick-or-treating.

We finished watching The Queen's Gambit, which I really liked, though the last couple of episodes weren't my favorites; I didn't like that they lumped her comfort with sexual experimentation in with self-sabotaging things like drugs and alcohol, and I wanted to see more women supporting her in the end instead of mostly a phalanx of men since the whole show was so good about showing how women were there for her, at least the ones strong enough to be. C&O turtles: 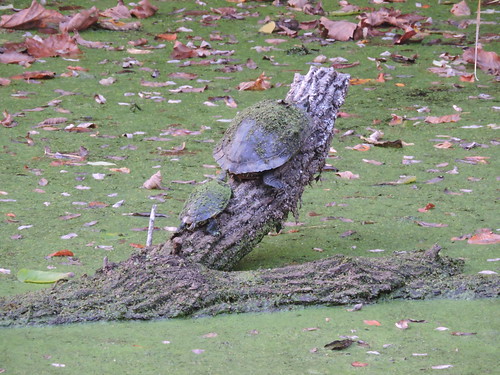