Monday was windy and chilly, uneventful, stressful, exhausting. I can't decide whether I want election day over with or whether what comes after the next few weeks could be so vastly worse that I'll be sorry the last endless month ever ended. Apart from enjoying the weather and the bunnies and rearranging some shelves, I didn't do much that was exciting.

Paul made faux mole for dinner for the Day of the Dead. We watched the Giants-Bucs game around some episodes of The Right Stuff, which I'm not enjoying nearly as much as I expected; it's mostly about the ways the astronauts were asshole losers, and the women's roles are shit. I want more Queen's Gambit! Geese from Brookside last weekend: 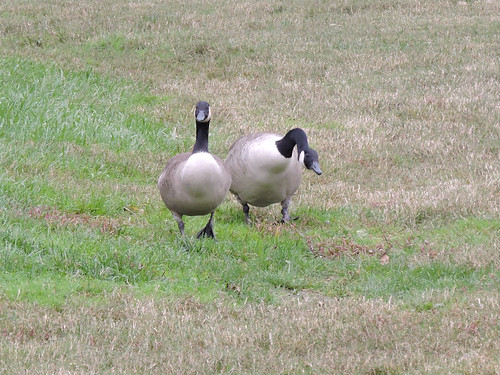