Friday was warmer than the past few days and really smelled like fall, probably because the neighborhood service people were vacuuming up the leaves on the street. I goofed off most of the morning reading SPN finale reactions online, which is pretty silly considering how little I've seen of the show (though today at Jessica's suggestion I did watch the Groundhog Day episode "Mystery Spot" which is pretty great). We took a walk to enjoy the weather, I caught a shiny Sandshrew, and we had poutine and veggie sausage for dinner, which was great.

Evening TV started with The Mandalorian, which finally has some momentum, then The Lego Star Wars Holiday Special, which starts slow and juvenile but then turns into one of the most fun things I have ever seen; it's like Robot Chicken wrote a Star Wars script with Red Letter Media and the execs at Disney and Warner Animation agreed to film it! I don't want to spoil anything but one cameo is funnier than the next! Afterwards, we put on The Princess Switch: Switched Again, which I found only bearable when Evil Vanessa Hudgens was onscreen! South Mountain cows: 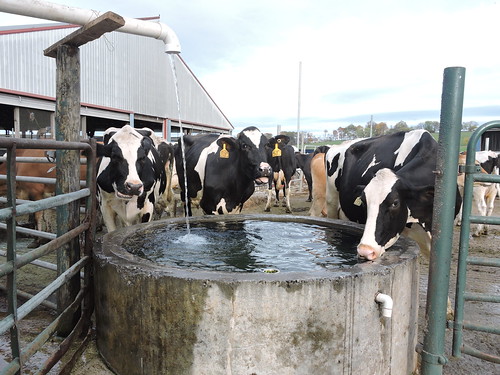