Our Saturday plans were serially thwarted -- we were going to go to Croydon Creek to hike, but there was an accident that had the road there moving at a crawl, so we turned around to go to Carderock, but construction had part of the road and the parking lot closed, and Great Falls was at capacity, so we wound up taking a walk at Cabin John Park, which by then at least had very few people! It was very nice out, mid-60s, and it was a Pokemon Community Day, so I was catching shiny Magmars all along the creek. 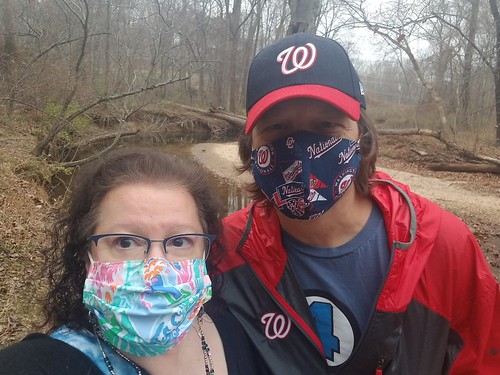 We had Greek food for dinner with my parents, then came home and watched the rest of The English Game -- I liked the storylines about the unwed mothers and the class conflicts better than the actual football, I'm afraid, and of course Julian Fellowes had to credit all positive developments to the benevolence of aristocrats rather than the hard work of working class people. That was so annoying that I felt less bad about watching Pac-12 football afterward (and the Lego Star Wars Holiday Special again, hahaha!)
Collapse