The weather was gorgeous on Sunday, so after a late breakfast/early lunch, we decided to go to Caprikorn Farms, which is usually part of the Valley Craft Network tour around Middletown, though most of the artisans are online-only right now. The blacksmith from Penguin Forge was at Caprikorn Farms, but our main reason for visiting was to see (and feed!) the goats and get goat cheese. Since we were out in the hills, we stopped at South Mountain Creamery to see the calves and get some of the holiday ice cream flavors, too. 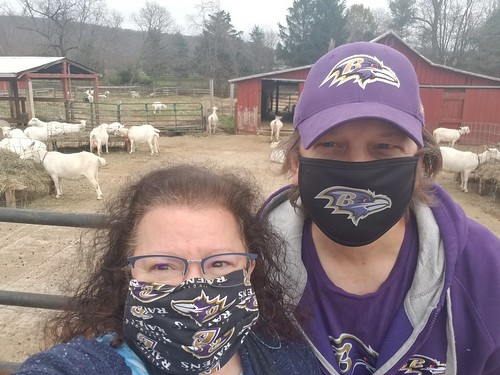 I came home to chat with my friends online, then we watched some football and had dinner (the Ravens had already managed to lose to the Titans and the Packers lost to the Colts, boo). We talked to our kids about Skyping with their grandparents on Thanksgiving, watched the end of the Raiders-Chiefs game, and now I'm watching Furious 7 because I got a free copy from linking my Movies Anywhere to Fandango or something and I've never seen any of these films and The Rock is in this digging Taylor Swift and so is Elsa Pataky.
Collapse