We had rain on and off on Friday, though that didn't keep me inside -- in fact, I ran into the Wigles with Daniel, who is Adam's very longtime friend, and he and I walked together to the Pokemon gym while he told me about his plans (he's been living in Florida, but is staying here for a month or so, so younger son will get to see him when he's here in December). It was chilly but not cold, and I saw several neighbors walking their dogs. Paul made cheese pie with veggie ham for dinner, then we watched The Mandalorian, which just gets better and better this season (huge original Star Wars franchise player and return of someone I was really hoping was not dead!). Then, because we just saw Mary Poppins Return, we watched Saving Mr. Banks.

I thought I might be irritated that a Disney movie would Walt Disney look like a good guy -- I mean, Tom Hanks. That, however, is the least of its sins. Travers had a very adventurous life -- published poems as a teenager, toured Australia as a Shakespearean actress, was living with a woman (probably her lover) in Britain when she wrote Mary Poppins, lived among the Hopi and Navajo to learn their folklore, studied Zen in Japan, taught at Harvard, raised an adopted child from a troubled family. She studied Gurdjieff's Fourth Way with W.B. Yeats The Little Review's onetime editor Jane Heap. None of that is in the film, which insists that obsession with her fun-loving alcoholic father shaped all her work. What's left of Wootton's Mill along Watts Branch: 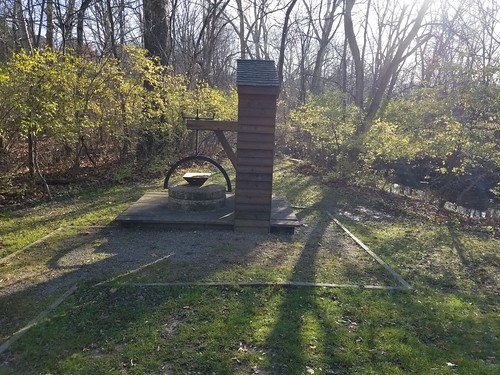