Monday felt like a Monday, even more so because my arm is still sore from my Shingrix shot and I felt rather blah, though better than Sunday night. I worked on holiday cards, laundry, photos, and a book review. We took a walk early, while it was still light, and saw woodpeckers though I guess it was too chilly for bunnies. The postponed Washington football game was awesome, since they beat the Steelers!

We went looking for The Poseidon Adventure, but Netflix only had the 2006 remake Poseidon, which is inferior in every way except special effects. The shipwreck looks great, but the religious allegory is gone -- all we get is a cross necklace on a dead body -- and the '70s women had much better characterization. Plus the plot aspects stolen from Armageddon don't improve anything. Glasswork from Art of Fire: 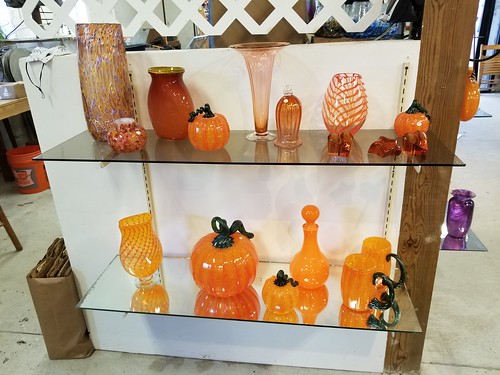