The weather was as unseasonably warm on Sunday as it has been for the past few days. We had a quiet morning while son went for a walk with one of his oldest friends, who was visiting the neighborhood, then we had chocolate chip waffles with eggs and went for a walk along the canal. There were many turtles despite it being December, plus many ducks, and we saw winter jasmine and an apricot blossom tree blooming in our neighborhood on the way.

We stopped at my parents' house so they and son could say hello to each other at opposite ends of their driveway, then we came home and son visited a friend on his deck while Paul made Swedish meatballs, rye bread, and lingonberries for St. Lucia's Day, the festival of lights in Scandinavia. Son had not seen the last two episodes of The Mandalorian, so we watched those after we lit the menorah while we had leftover birthday cake for dessert. 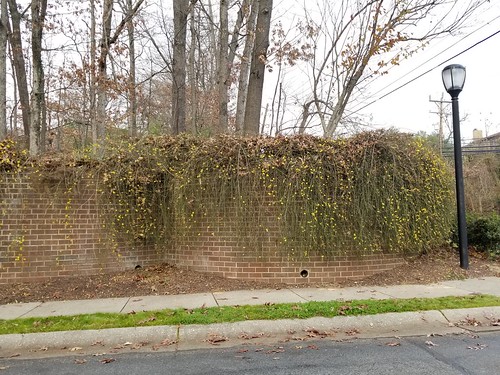