We woke to a bit more snow on the ground on Thursday, though much of it melted over the course of the day -- everything in the sun, at least. Our shady backyard still had white on the ground. We all had work to do in the house, but Adam went for a walk with his longtime friend Daniel Wigle and we bumped into them as they were coming back while we were going out. Paul made latkes and chick'n in blueberry cider vinegar, which was awesome.

Then we took Adam to get a COVID test in the hope that, when we get the results in 3-4 days, we can all be in the same room and not have to wear masks in the house. When we got home, we lit the candles for the last night of Chanukah, ate the last of the donuts, and watched the first half of Spider-Man 2, in which Tobey Maguire is even less appealing than I had remembered and my memories weren't great. We saw the end of the overtime Chargers-Raiders game, too. 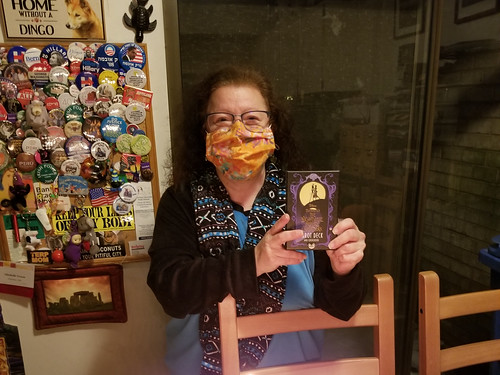