Friday was chilly and partly overcast, still some snow on the grass and sidewalks, hungry squirrels on the deck. I somehow accomplished almost nothing in the morning and am not sure where it went -- I had to avoid Twitter to avoid Mandalorian spoilers, which we did not watch till Paul was done working, and it was fantastic -- no spoilers on guest appearances but I don't think it's a spoiler to say I loved seeing so many women kicking ass and I loved the post-credits scene!

We took a walk just as the sun was setting and even saw a bunny in the snow, though it was too dark for a photo. We watched the second half of Spider-Man 2, which is considerably sillier than I had remembered (haven't watched since the MCU), then the end of the Pac 12 Championship, in which I was nominally rooting for Oregon so I'm nominally glad they won. Here are some of the animals who have graced our deck and backyard throughout the fall, including the aforementioned squirrels: 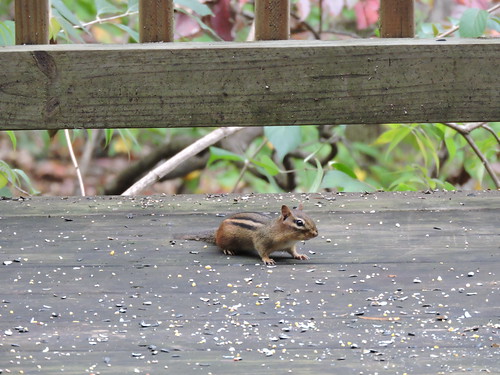