We watched some of the Big 10 Championship -- it's all right with me that Ohio State won as long as they beat Notre Dame or Alabama if necessary -- then we went to Brookside Gardens, which still has snow on the ground (and over some of the trails) but had some ducks and many other birds out enjoying the air though it was in the 30s -- sadly, no holiday lights or train display this year. 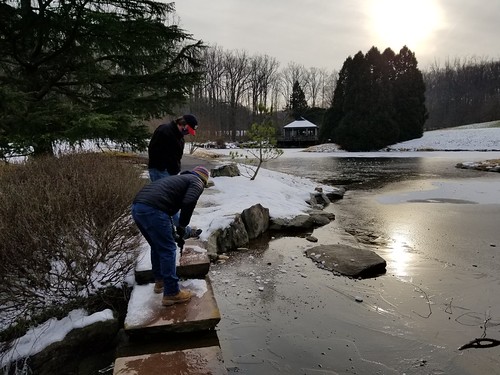 After dinner, we watched Spider-Man 3, which I can't take seriously at this point because of memes and my kids quoting it but I fear it deserves the amusement it generates! Plus we watched Green Bay beat the Panthers, which was as we wanted it! Now watching Jost and Che try to get each other fired with their end-of-year jokes...okay, that one about Scarlett Johansson playing Sammy Davis Jr. was gold.
Collapse