Sunday was a bit warmer and sunnier so it was a perfect day to take a walk, though we were in no hurry to get up and going, so we watched some of the Ravens game before lunch. Then we went to Carderock, which had much less snow on the trails than at Brookside and not many people, which may be why (in addition to a few fish braving the partially iced over canal) we saw a fox grooming and climbing a dead branch to hide inside: 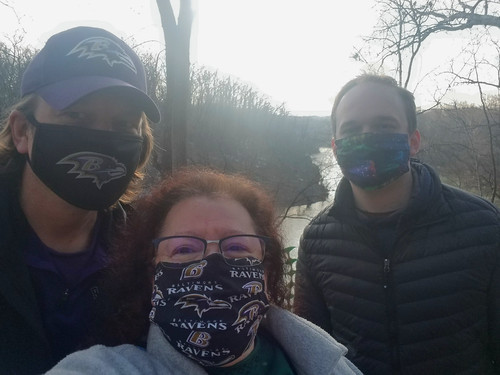 We stopped to pick up crusty bread, cheese, and a couple of other things at the Bethesda Co-op, had those for dinner with Paul's meatloaf, skyped Daniel and Maddy (it was her birthday), then watched the first half of The Amazing Spider-Man as part of our Spider-Verse rewatch. It seems better than I'd remembered though maybe that's because we just watched Spider-Man 3. Now we're watching this week's Graham Norton after Lucy Worsley's Christmas Carol Odyssey, which is fantastic!
Collapse