It was another chilly day, and I wound up sleeping late because I was packed in by cats using me as a heated blanket. We had a fairly uneventful day here (laundry, organizing some stuff), had lunch with son between his online meetings, and took a walk at Cabin John Park, where we saw several deer in the woods and a couple of turtles through the windows of the nature center. 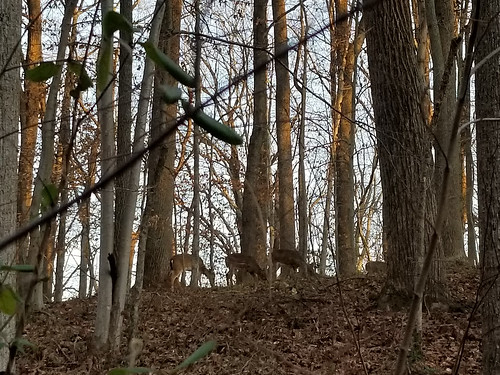 My Voyager fan friend group watched "Faces" which I'd remembered as a good B'Elanna episode and is also a good Tom episode, after which we all chatted for a while about various entertainment topics. Then my family watched the first half of the second Amazing Spider-Man, which is not nearly as enjoyable as the first -- Garfield and Stone don't even seem to be having fun with it.
Collapse