We had an early lunch Saturday so we could drive to Falmouth to meet Katherine, her parents, and Adam and Katherine's dog at a park complex near the historic district. We walked around John Lee Pratt and Saint Clair Brooks Parks so Pepper could get some exercise and we could all converse, then we walked over to Chatham Manor, the 1770s Georgian manor with spectacular views of the Rappahannock River, site of a slave rebellion, used as a Union hospital during the march to Richmond and now part of Fredericksburg's national military park. 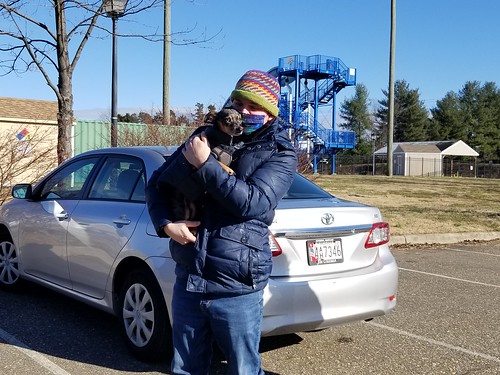 We came home for dinner -- pumpkin ravioli and sausage -- then Adam had plans to watch movies with his high school friends group, though since they can't get together, they watch on Netflix, and since it was Adam's turn to pick the film, he picked The Death of Stalin because they hadn't seen it and we suspected they would like it. So we watched with Adam and overheard some of the discussion, which was very amusing. Then I watched the first episode of Bridgerton, which is the delightful crack Katherine and everyone else told us it was!
Collapse