We headed up to Hanover on Sunday morning with Adam to see Paul's parents for a late, socially distanced Christmas. Our plan had been to stay mostly outside, which is why we put off going up on Friday -- they got more snow than we did, though it's mostly in small patches on the grass now -- but they were cold so we wound up inside wearing our masks, with them in the kitchen and us in the sunroom so we could eat cookies and talk. We also Skyped with Daniel and Kayla.

It was a chilly late afternoon when we left under a pretty sky, stopping at Roots Market on the way because they had vegetarian ham roast (we got the last one!) and vegetarian lox (we got the last two!), plus Paul's brother Dave's Outstanding Foods vegan pork rinds. We got BGR burgers and shakes delivered for dinner, then we watched Spider-Man: Far From Home, which I've only seen a couple of times and like a lot, followed by a couple of episodes of the addictive Bridgerton. 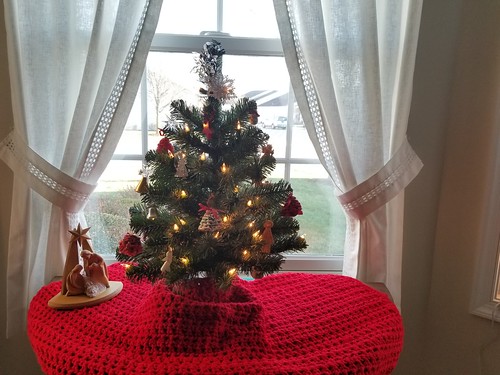