Wednesday was another chilly day, so I spent it mostly indoors doing end-of-year things like uploading photos to 2020 albums before I need to start 2021 albums and backing up files. We had on the Duke's Mayo Bowl, a brand and a football competition I never heard of before this year, but Wisconsin was playing in it (and indeed they won). Son again had a lot of work, but we took a walk anyway around the neighborhood to see the birds and squirrels.

We watched the first half of The Midnight Sky -- I will wait to say anything about it until I see the ending -- and the first three episodes of Sanditon, which so far I'm liking better than Bridgerton though I know everyone hated the ending. I wanted a reminder of happy days for my last set of photos for the year, so these go all the way back to Brookside Gardens in February when the greenhouse was open and spring was encouraged to come early: 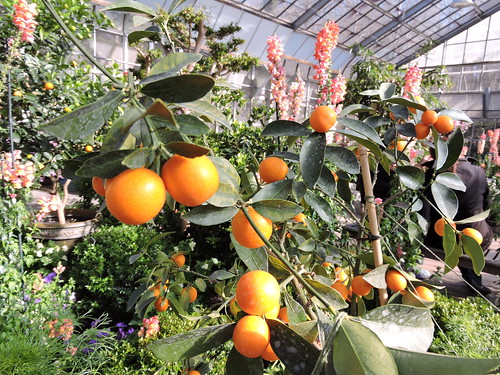