Quickie, we Skyped with our kids this evening and I had a long talk with a neighbor that has made me run late. It was a warmer than usual winter day, so after lunch we went to McCrillis Garden to see what was blooming in the winter, then to Cabin John Park to take a walk before I came home to Skype my friends while Paul watched the Kansas City-Cleveland game. We talked about deep dish pizza in chat, which made me crave it, but then we made the terrible discovery that Armand's doesn't deliver where we live, so instead we had chick'n and watched the Buccaneers-Saints game, followed by the New Year's Eve Graham Norton episode. 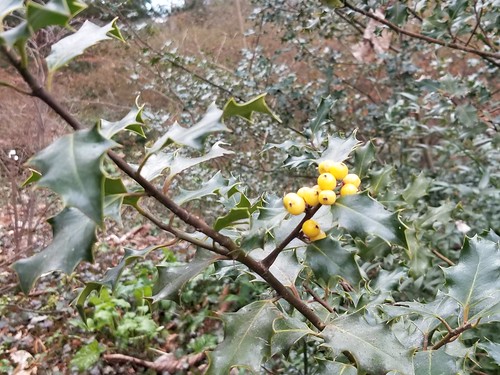