I don't have much to say about Monday except that it was a Monday. The temperature dropped overnight, thought not as much as we were warned it might, so I took a morning walk to the Pokemon gym to do a raid and an early evening one with Paul to see the twilight sky and birds (and one bunny). My excitement for the day was watching the Delta Flyers' "Resolutions" episode and discussing it with lots of old friends from Voyager days -- I am not in the least nostalgic for the show and definitely not for Mulgrew and Beltran making stuff up about their characters, but I am nostalgic for discussing it with these people!

Because it was cold, I had a great deal of feline supervision during the day when some of them were not upstairs on the bed. We had chick'n with salsa for dinner before Antiques Roadshow, which made me regretful that I inherited neither original Whistler etchings nor Lalique vases, then we watched this week's Snowpiercer, which made me regretful that Sean Bean is so sexy when he's evil because he actually deserves to die in this one but I'm hoping he doesn't before there's sex involving Jennifer Connelly, Daveed Diggs, or both. We saw many mallards and a few American black ducks at the C&O Canal last weekend: 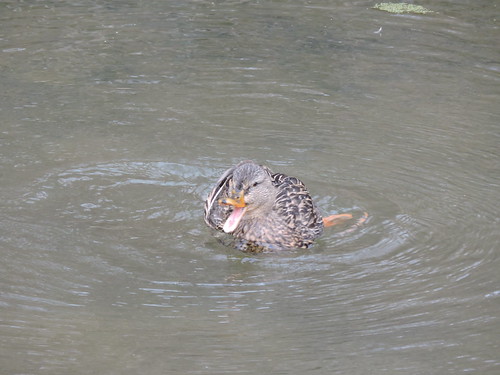