I spent Wednesday morning doing work so I could have a Zoom lunch with my three friends from high school, which ended up going two hours so we could catch up on everything, which is always awesome. It started snowing not long afterward, so we took a walk on the early side, and it would have been a nice afternoon except then I watched the impeachment trial, which is almost more upsetting than watching on the actual day was because we know so many awful things now that we didn't realize then.

After dinner we watched The Masked Dancer, in which the right animal was eliminated (I think the Cotton Candy is Gabby Douglas but have no idea about the rest of them). Then we watched two episodes of Doom Patrol, which I've enjoyed but only very superficially but the glorious, flamboyant Matt Bomer​ singing​ "People Like Us" with the amazing Alan Mingo, Jr. reminded me of all the joys of DC superhero stories as coming-out stories like Smallville. Deer at Meadowside Nature Center last weekend: 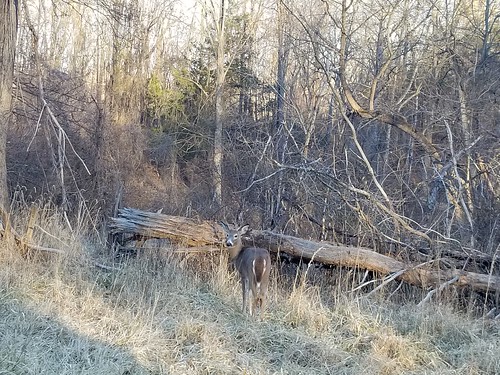